The Golden Helix Foundation in order to transfer and communicate the knowledge from researchers and scientists in the wider scientific community organizes conferences around the world with the main themes revolving around the fields of genomics, pharmacogenomics and personalized medicine.

These conferences provide the opportunity to establish partnerships and collaborations among senior scientists, while junior delegates can also benefit by interacting with the speakers, which may create short and long-term training opportunities.

Since 2008, there are 32 Golden Ηelix Conferences that have been organized in various locations worldwide, which could be used as a paradigm of a well-orchestrated effort to enrich genomics education among healthcare professionals and to increase genomic literacy among patients and the general public, specifically addressing the needs of participants from developing countries.

For 2018, the Golden Helix Foundation plans to organize the following conferences: 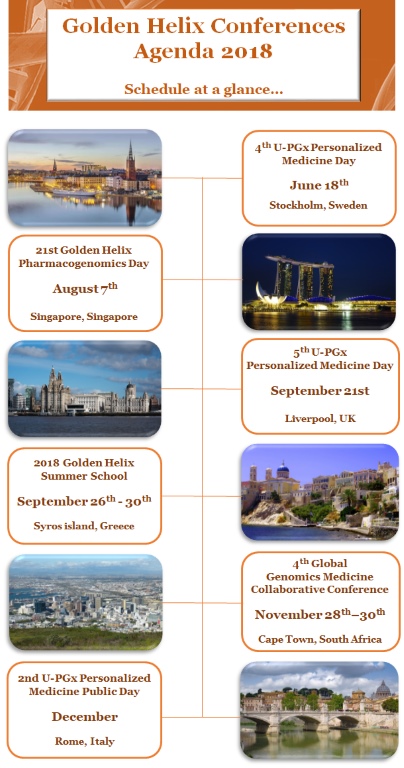